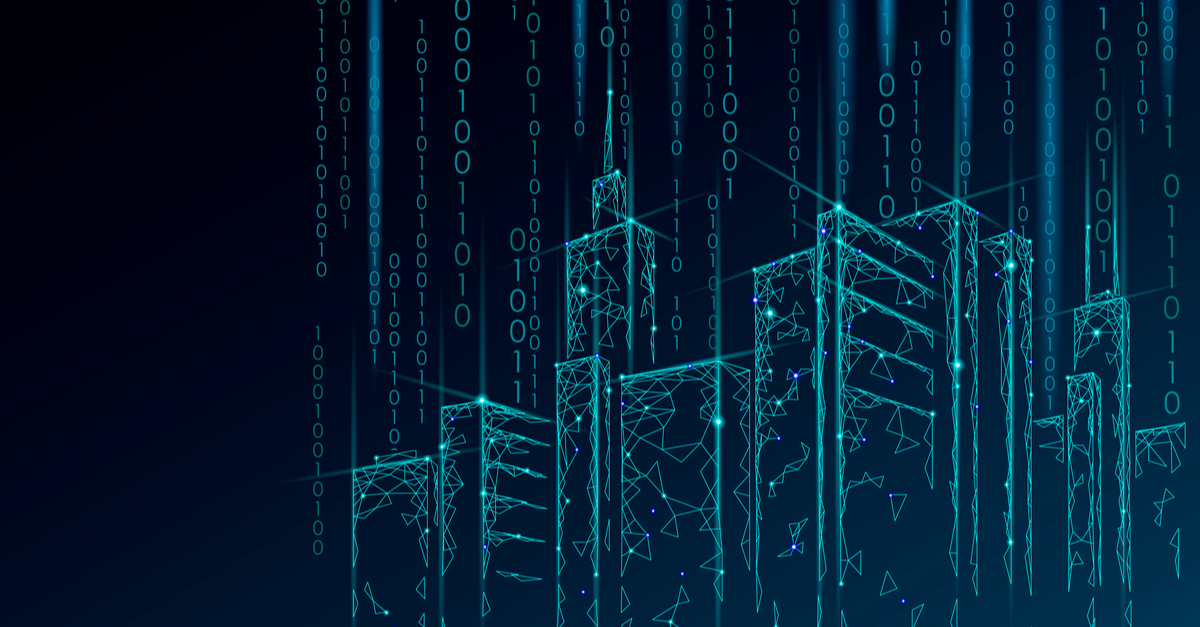 Proactive Operations Have Gotten so Smart; It’s Easy to Forget the Property Is There

“Algorithms were around for a very long time before the public paid them any notice. The word itself is derived from the name of a 9th-century Persian mathematician, and the notion is simple enough: an algorithm is just any step-by-step procedure for accomplishing some task, from making the morning coffee to performing cardiac surgery,” writes Geoff Nunberg in their recent NPR article entitled “Algorithmic Intelligence Has Gotten So Smart, It's Easy To Forget It's Artificial.”

“Computers use algorithms for pretty much everything they do — adding up a column of figures, resizing a window, saving a file to disk. But all those things usually just happen the way they're supposed to. We don't have to think about what's going on under the hood,” explains Nunberg.

Nunberg continues, “But algorithms got harder to ignore when they started taking over tasks that used to require human judgment — deciding which criminal defendants get bail, winnowing job applications, prioritizing stories in a news feed. All at once, the media are full of disquieting headlines like ‘How to Manage our Algorithmic Overlords’ and ‘Is the Algorithmification of the Human Experience a Good Thing?"

According to the NPR article, “Ordinary muggles may not know exactly how an algorithm works its magic, and a lot of people use the word just as a tech-inflected abracadabra.”

“So it's natural to be wary of our new algorithmic overlords. They've gotten so good at faking intelligent behavior that it's easy to forget that there's really nobody home,” Nunberg remarks later in the piece.

Of course, this got us thinking about the evolution of Proactive Operations.

END_OF_DOCUMENT_TOKEN_TO_BE_REPLACED

Mastering the Operation: Learn the Nuts and Bolts of Proactive Operations

“Across the country, surgeons are learning to use more than just scalpels and forceps. In the past decade, a growing number of medical institutions have invested in the da Vinci robot, the most common device used to perform robot-assisted, or robotic, surgery,” writes Mary Scott Hodgin in their recent NPR article entitled “Doctors Learn The Nuts And Bolts Of Robotic Surgery.”

According to the NPR piece, “the robot has become common practice in some specialties, such as urology and gynecology, and that growth is expected to continue, which means more surgeons are learning to use the device.”

"It's not necessarily, 'Is robot better?' " says Dr. Kenneth Kim, director of the robotic training program at UAB Hospital in Birmingham, Alabama in Hodgin’s article.

"Robot is just another tool that they need to master just like any other surgical tool,” Kim explains in the article.

“But ‘mastering the robot’ can be a challenge,” shares Hodgin.

END_OF_DOCUMENT_TOKEN_TO_BE_REPLACED

Want Your Property to Be Addictive like Tetris 35 Years Later?

“Thirty-five years ago in Moscow, working on what he says was "an ugly Russian" computer that was frankensteined together with spare parts, Alexey Pajitnov started a side project that has become the second-best-selling video game of all time: Tetris,” writes Vanessa Romo in their recent NPR article entitled “Happy Birthday, Tetris. 35 Years Later You're As Addictive And Tetromino-y As Ever.”

“At the time, Pajitnov was a young developer and programmer whose other interests included a popular puzzle game consisting of twelve shapes that were made up of five square pieces. The object was to create pictures and images using the pentominoes, he explained. His fascination with it was obvious but inspiration for Pajitnov's own game came when he'd finished playing one day and returned the pieces to their box,” Romo explains.

"When you try to put [them] back in the box you're in trouble because it's really hard to do that.’ And thus, the idea for Tetris was born,” the article continues.

According to Romo’s piece, “It is simple and yet has proved to be indomitably addictive. Seven brightly colored four-block pieces, tetrominoes, fall from the top of screen. Slowly at first and then faster and faster, as the player rotates the pieces so they create complete lines. When they do, the line vanishes. When they don't, the blocks begin to stack on top of one another until they fill the screen and the game is over.”

“As soon as Pajitnov had finished the prototype, he knew he had a commercial hit on his hands,” shares Romo.

"I couldn't stop playing it,’ he said, confessing that at work he'd pretend to be busy but really he was in a Tetris trance. ‘Magic is in it,’ he said proudly,” according to Romo.

Now, we want to know:

How addicting is your property? Do your customers want to keep coming back?

Do you want your property to be as addictive as Tetris 35 years later?

Keep reading; we’re going to show you what you need.

END_OF_DOCUMENT_TOKEN_TO_BE_REPLACED

Reactive Operations’ Death Is All About How Properties Operate Today

“After 18 years, Apple is killing iTunes — well, sort of. The media management software for most Mac users (and many Windows users) is being broken into separate pieces for separate uses: Music, podcasts and television will soon have their own apps on the new Catalina Mac operating system,” writes Andrew Flanagan and Jasmine Garsd in their recent NPR article entitled, “iTunes' Death Is All About How We Listen To Music Today.”

According to the article, “Apple announced the move on Monday along with new hardware, including a new Mac Pro and Pro Display XDR, and entertainment and lifestyle features.”

“Apple laid to rest a misapprehension that the iTunes Store (where users purchase songs and albums for download) would be going away in favor of Apple Music (the company's streaming service). The iTunes Store will remain, as will the music that people bought from it. But Apple did address a long-running complaint from users of the iTunes desktop app: mainly, that it's trying to be too many things at once,” Flanagan and Garsd explain.

The NPR piece continues “At Monday's conference, Craig Federighi, Apple's senior vice president of software engineering, joked about this. ‘Customers love iTunes and everything it can do,’ he said, before sarcastically asking: ‘But if there's one thing we hear over and over, it's 'Can iTunes do even more?' "

“Apple announced it will be launching a new stand-alone music app for Mac, as well as a new and improved TV app and a podcast app. And it said device syncing will now be handled in the Finder, the macOS file manager. Apple did not say how syncing iPhones or iPads would be handled on Windows machines,” share the NPR authors.

“iTunes will continue as a music store, but the new music app will be more closely aligned with Apple's music-streaming service,” the article explains.

END_OF_DOCUMENT_TOKEN_TO_BE_REPLACED

‘We’re Not Being Paranoid’: 24/7 Software Warns of Dangers of Reactive Operations

“Drones have become an increasingly popular tool for industry and government,” writes Brian Naylor in their recent NPR article entitled “We're Not Being Paranoid': U.S. Warns Of Spy Dangers Of Chinese-Made Drones.”

“Electric utilities use them to inspect transmission lines. Oil companies fly them over pipelines. The Interior Department even deployed them to track lava flows at Hawaii's Kilauea volcano,” Naylor explains.

“But the Department of Homeland Security is warning that drones manufactured by Chinese companies could pose security risks, including that the data they gather could be stolen,” the article continues.

According to Naylor’s piece, “The department sent out an alert on the subject on May 20, and a video on its website notes that drones, in general, pose multiple threats, including ‘their potential use for terrorism, mass casualty incidents, interference with air traffic, as well as corporate espionage and invasions of privacy."

"We're not being paranoid,” the video's narrator adds.

“Most drones bought in the U.S. are manufactured in China, with most of those drones made by one company, DJI Technology. Lanier Watkins, a cyber-research scientist at Johns Hopkins University's Information Security Institute, said his team discovered vulnerabilities in DJI's drones,” Naylor shares.

"We could pull information down and upload information on a flying drone. You could also hijack the drone," Watkins explains in the NPR piece.

Watkins notes in Naylor’s article, “The vulnerabilities meant that ‘someone who was interested in, you know, where a certain pipeline network was or maybe the vulnerabilities in a power utilities' wiring might be able to access that information."

According to Naylor, “DJI offered a bounty for researchers to uncover bugs in its drones, although Watkins said Johns Hopkins didn't accept any money.”

END_OF_DOCUMENT_TOKEN_TO_BE_REPLACED

You Do Not Need A Billion-Dollar Gamble

“Imagine spending 40 years and more than a billion dollars on a gamble,” writes Nell Greenfieldboyce in their recent NPR article entitled, “Billion-Dollar Gamble: How A 'Singular Hero' Helped Start A New Field In Physics.”

According to Greenfieldboyce, “That's what one U.S. government science agency did. It's now paying off big time, with new discoveries about black holes and exotic neutron stars coming almost every week.”

“And while three physicists shared the Nobel Prize for the work that made this possible, one of them says the real hero is a former National Science Foundation staffer named Rich Isaacson, who saw a chance to cultivate some stunning research and grabbed it.”

"The thing that Rich Isaacson did was such a miracle. I think he's the hero. He's a singular hero. We just don't have a good way of recognizing people like that. Rich was in a singular place fighting a singular war that nobody else could have fought," says Rainer Weiss, a physicist at the Massachusetts Institute of Technology and one of the 2017 Nobel laureates, in the NPR piece.

Weiss continues in the article, “Without him, we would've been killed dead on virtually every topic."

And it’s a good thing Isaacson saw the chance and grabbed it.

It’s a great lesson for proactive leaders too.

See an opportunity for your property operation?

But you’ve got an advantage Isaacson did not.

Your success should take less time and less money.

Especially you’ll have a proven methodology already in place.

You do not need a billion-dollar gamble.