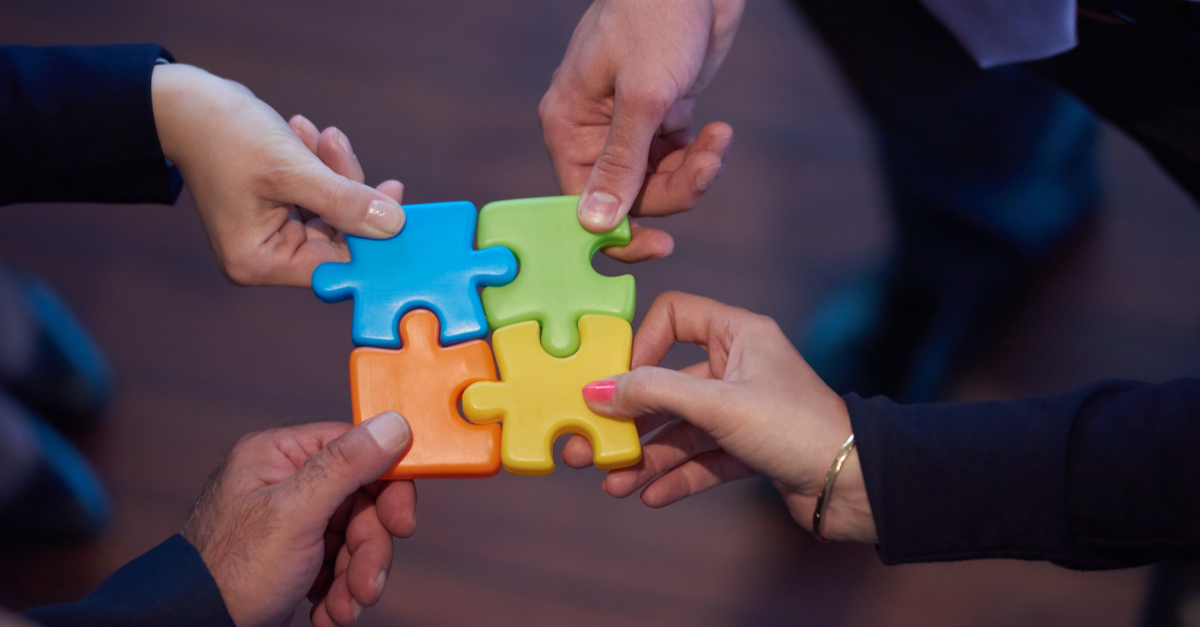 The 4 Points of Strategy for Every Operation

We’re nearing the end of the year.

It always seems to be the best time to reflect on what you’ve accomplished and what still needs work.

It’s an excellent time to plan your goals and the strategy for hitting those targets for the upcoming year – 2020 in this case.

But, you might not know what needs to get done.

There might be something missing in your operation, but it’s not always so easy to put your finger on what needs some work.

Now, do you have a strategy that you follow?

Your strategy is critical.

But we’re confident you already know this.

Sometimes it requires a little help getting in the right rhythm to step up your operational game, though.

Don’t fret; we’ve got your back.

Here at 24/7 Software, we recognize the importance of strategizing each year. That’s why we want to give you the resources to optimize your operation year after year.

We’ve got four points of strategy that you can use across your operation – and even the software you use – to enhance your capabilities.

Are you ready for your operation’s annual strategy review? Let’s get started.

END_OF_DOCUMENT_TOKEN_TO_BE_REPLACED

It’s been a long but productive year for you.

You’ve stepped it up.

Plans to take your operation to the next level this upcoming year are underway.

Your predecessor did not leave you with much of a legacy to build.

You were forced to start over, which terrified you.

From inefficient processes to high employee turnover, to non-existent technology, you had your work cut out for you.

Everything was your responsibility from the start.

Your team was looking at you to change things around for the better.

You were ready for the challenge because you knew a change was necessary.

But, you weren’t so confident and clear on how to get started.

You spent several weeks researching and reaching out to colleagues that have done it right; the consensus led you to 24/7 Software’s blog.

Here is where you discovered the Proactive Operations methodology.

That’s when the real work started.

Now, you sit at the head of the table, not only at home for today’s feast but for your operation too.

We’re thankful for this.

“Today, we celebrate another year and a mission we’ve accomplished together,” you shout to your team.

“I give thanks to each one of you for your contribution to us becoming a proactive operation,” you continue.

Your team breaks out in cheer.

Today, everyone gets to enjoy the fruits of everyone’s labor.

END_OF_DOCUMENT_TOKEN_TO_BE_REPLACED

No Matter Its Language, Always Be Ready for Crime

“Scammers are always looking for more effective words. Most Americans have learned to be on their guard, and they're likely to suspect an overly aggressive phishing phone call from a fake credit card customer service agent speaking accented English,” writes Martin Kaste in their recent NPR article entitled “The Language Of Cybercrime.”

According to the article, “One solution is digitized voices. There's still a live person on the other end of the call, but he isn't talking. Instead, he's playing audio from a computer, picking prerecorded phrases from a menu as the conversation progresses.”

“It sounds convincing until you ask a question he doesn't have a canned response for. The resulting hesitations undermine the natural feel of the conversation,” Kaste explains.

The NPR piece continues, “Online scammers use a similar technique. When texting or emailing their marks, they often work from ‘scripts’ of prewritten American English boilerplate. The most effective conversational gambits are saved and distributed to other scammers in the network, and they cut-and-paste the scripts into their grifts at crucial moments.”

"Some of the scripts will say, 'If your victim doubts you here, say this.' We've seen upwards of 28 levels of engagement before your scammer has to work to come up with something [to say]," Tokazowski says in the NPR article.

We’re not experts in this field.

But 28 levels of engagement seem sophisticated – or least the threat is evolving that way.

That’s a concern to us.

Your abilities for countering the crime need to adapt rapidly.

It doesn’t matter what the language of the crime is.

You need to be proactive in defending your property against it.

END_OF_DOCUMENT_TOKEN_TO_BE_REPLACED

“When the Ferguson family decided they wanted to live in the Seattle suburb of Black Diamond they weren't in the market for a smart home. But they wound up with one, a house packed with Internet-connected devices,” writes Joshua McNichols in their recent NPR article entitled “A Smart Home Neighborhood: Residents Find It Enjoyably Convenient Or A Bit Creepy.”

According to the article, “Fifteen-year-old Macey Ferguson loves it. ‘I just feel really fancy,’ she says about having Amazon's Alexa there to turn on the lights for her, or to remind her when to go to cheerleading practice. ‘I feel like she's my little servant, or butler.’ Her older brother uses it for math homework, her younger sister for calling grandma. Her three-year-old brother asks Alexa for cake recipes so he can stare longingly at the photos.”

“Kelli Ferguson, the mom in this household, is more ambivalent. On the one hand, it's nice to ask Alexa to heat up the house before crawling out of bed in the winter. On the other, there's all those cameras. ‘If I'm walking on our street, I walk on the other side of the street,’ she said, meaning the side without the smart homes. ‘Just because I don't feel like being on everyone's cameras," McNichols shares.

The NPR piece continues that, “Living in a smart home neighborhood, the Fergusons experience both convenience and surveillance. And that's typical in Black Diamond, where Lennar Homes offers smart homes as part of a 4,800 unit development that includes other builders. This neighborhood isn't a one off. There are smart home developments in suburbs outside of cities such as Miami and San Francisco. Lennar is making Amazon tech standard on each of the 45,000 homes it builds this year.”

According to McNichols, “This partnership between builders and Amazon benefits both sides. Amazon wants to push for wider adoption of its Echo smart speaker. Lennar relies on Amazon to help distinguish it from other home builders in communities like Black Diamond.”

We can’t answer that question for you.

But, we can confidently say “yes” to this question:

Do you need smart ‘property’ technology?

Without a doubt, you do.

But it’s also a part of a more significant way to keep your customers safe while creating lasting memories.

It’s called Proactive Operations – and your customers will find it enjoyably convenient.

END_OF_DOCUMENT_TOKEN_TO_BE_REPLACED

Communication among personnel is a leading factor in the success - or failure - of your operation.

Your team needs to be in unison, or things won’t run smoothly.

Stress caused by lousy communication is overwhelming in itself.

We’re sure the long-term effects reflect poorly on your bottom line too.

We always talk about controlling chaos, but in this article, we’re going to skip that concept and jump right into something even more critical.

How do you create order in the midst of your already established chaos?

How do you improve communication among all your personnel while getting the details you need on time?

Bad communication will have devastating consequences on an operation.

When the problem goes for an extended length of time without being handled, it accumulates and then affects every aspect of your operation – negatively.

But before we fix it, we’re going to establish the root of your communication problems.

We need to understand where the breakdown is and what is associated with each and every factor of it.