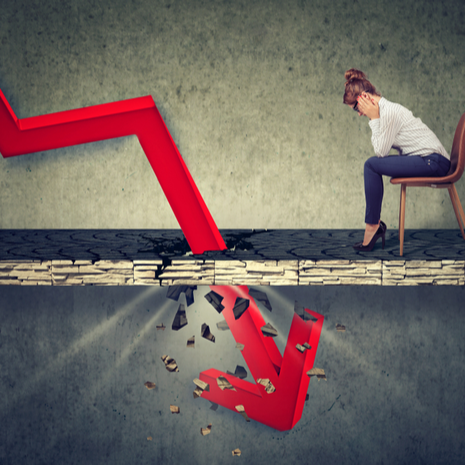 Will Your Operation End with a Crash?

“Electric scooters have invaded the world's cities. They whiz down streets and lie abandoned in the middle of sidewalks, bringing both convenience and annoyance to city-dwellers. There are now dozens of scooter-sharing companies, and the two biggest, Bird and Lime, are the fastest startups to reach a valuation of $1 billion in U.S. history. Each company is now valued at over $2 billion. Scooteristas claim it's a sign that they're revolutionizing transportation, but... really,” asks Greg Rosalsky in their recent NPR article entitled “Will Scootermania End With A Crash?”

According to Rosalsky’s article, “Big Scooter argues that technology — electric motors, better batteries, GPS, and smartphones — has produced a system of shareable scooters that can solve infrastructure problems, decongest commutes, limit climate change, and make investors buckets of money. They're calling it the ‘micro mobility revolution.’ Last year, there were 38.5 million trips on shareable e-scooters in the U.S., which is more than double the year before.”

“The business model of these companies is pretty simple: flood a city with hundreds of scooters for passersby to rent. You can locate and pay for them using your smartphone, and they typically cost $1 plus 15 cents per minute. Then leave them wherever you want,” the NPR piece explains.

Later in the article, Rosalsky shares, “Scootermania isn't just about scooters. It's about this entire bubbly era of tech. Tech watchers have come to call startups worth over a billion a ‘unicorn.’ At first, it was because they were hard to find. Today, there are four times more unicorns than there were in 2013. Last year, VC funding for private companies hit a high of $131 billion, which is past the heights of the 1990s that ended in a crash in nominal terms and close to it in real ones. The percentage of companies going public — despite being unprofitable — has hit a similar peak. Uber, which remains unprofitable, became one of those companies last week.”

Rosalsky’s article left us with a burning question.

Do You Claim a Revolution?

Do you claim that what you’re doing is revolutionizing operations?

We see it often.

We don’t buy it, though.

After years of working with the world’s greatest properties, we’ve learned one important thing:

And, you can’t manage what you don’t know.

Do you see where the problem escalates?

That’s when things get dangerous.

Reactive operations look at their operation from a perspective that includes fixing things when they break – reacting.

You know you can’t take this approach.

It’s time to become proactive before your operation crashes, and everything you’ve put together hurts the longevity of your organization.

An operation that continues to thrive while preventing an end with a crash.

Strategy, Infrastructure, and Technology are the three pillars of the Proactive Operations methodology that work to produce and continuously support the type of world-class operation that can withstand a fad, trend, or brief “revolution.”

So, are you ready to develop a Proactive operation that holds up to the test of time?

Head over to our comprehensive resource on Proactive Operations – and let us know how we can help.

You’re exposed to the latest technology regularly. So the overwhelming feeling to progress – and even revolutionize – your operation never leaves your mind. That’s par for the course in this industry but also the effect of not living by a disciplined methodology.

Many operations react to the things happening in their operation. They fix it. That’s dangerous and how your operation ends with a crash. You’ve got to employ Proactive Operations; that way, you have a strong foundation to ensure your operation stands the ongoing test of time.

Previous Story
← A Future with Proactive Operations Is Smart, Efficient, and Safe
Next Story
You Do Not Need A Billion-Dollar Gamble →