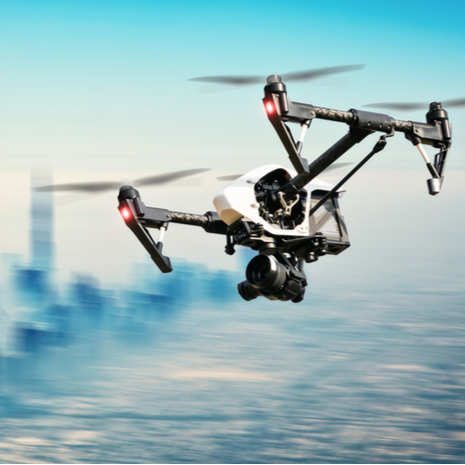 ‘We’re Not Being Paranoid’: 24/7 Software Warns of Dangers of Reactive Operations

“Drones have become an increasingly popular tool for industry and government,” writes Brian Naylor in their recent NPR article entitled “We're Not Being Paranoid': U.S. Warns Of Spy Dangers Of Chinese-Made Drones.”

“Electric utilities use them to inspect transmission lines. Oil companies fly them over pipelines. The Interior Department even deployed them to track lava flows at Hawaii's Kilauea volcano,” Naylor explains.

“But the Department of Homeland Security is warning that drones manufactured by Chinese companies could pose security risks, including that the data they gather could be stolen,” the article continues.

According to Naylor’s piece, “The department sent out an alert on the subject on May 20, and a video on its website notes that drones, in general, pose multiple threats, including ‘their potential use for terrorism, mass casualty incidents, interference with air traffic, as well as corporate espionage and invasions of privacy."

"We're not being paranoid,” the video's narrator adds.

“Most drones bought in the U.S. are manufactured in China, with most of those drones made by one company, DJI Technology. Lanier Watkins, a cyber-research scientist at Johns Hopkins University's Information Security Institute, said his team discovered vulnerabilities in DJI's drones,” Naylor shares.

"We could pull information down and upload information on a flying drone. You could also hijack the drone," Watkins explains in the NPR piece.

Watkins notes in Naylor’s article, “The vulnerabilities meant that ‘someone who was interested in, you know, where a certain pipeline network was or maybe the vulnerabilities in a power utilities' wiring might be able to access that information."

According to Naylor, “DJI offered a bounty for researchers to uncover bugs in its drones, although Watkins said Johns Hopkins didn't accept any money.”

A Warning Not to Ignore

We’re not ignoring this warning from the U.S. government.

We get it; Drones have always been a possible threat to your property.

The opportunity for use for terrorism and other critical incidents is clear to us.

But there’s a bigger lesson we see here.

It’s a warning we cannot ignore – and neither should you.

We want you to be aware of the dangers of reactive operations.

So, what does that mean?

Reactive operations could generate an impact on your property far greater than expected due to your inability to manage anything happening.

Everything from Drones to suspicious persons to bomb threats to active shooters is magnified and exponentially affect your property – and the people you’re charged with protecting.

We’re going to help you get past your reactive challenges if you’re getting stuck on these questions.

Your Methodology for Countering the Dangers of Reactive Operations

You’ll want to head over to our comprehensive resource on Proactive Operations here to learn everything about this methodology.

But we want to bring your attention to some key points in this article.

The three pillars of Proactive Operations create a disciplined framework for you to operate by throughout your organization.

The point here is that when Strategy, Infrastructure, and Technology are in place – and by the guidelines of the methodology – you have a long-term ability to thwart the dangers to your property.

If you’re operating in a way where issue after issue and incident after incident occur, and your team is reacting to one after another as they see fit, what’s happening here?

There’s no process, formula, or method to your decision-making.

That includes Drones, acts of terrorism, mass casualty incidents, and anything else that threatens your property.

And that’s how you ensure outside threats have little to zero impact on the health of your property and the people you protect.

Then, by continuously examining, improving, and optimizing your operation, you program your ability to manage everything 24/7 365 – proactively.

Warding off the dangers of reactive operations becomes a habit.

And you’ll be Proactive.

The U.S. Department of Homeland Security warns of Chinese-made drones that could pose security threats because of vulnerabilities. That’s a cause for concern that forced us to look at your property operation from a higher level.