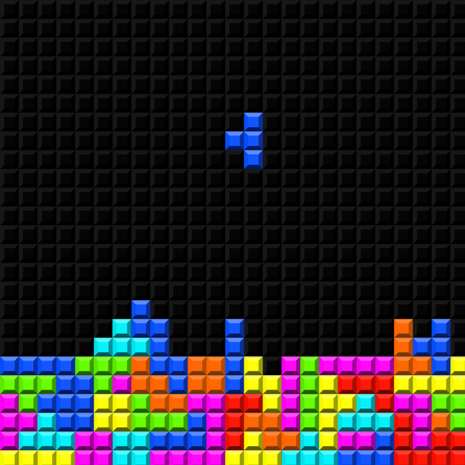 Want Your Property to Be Addictive like Tetris 35 Years Later?

“Thirty-five years ago in Moscow, working on what he says was "an ugly Russian" computer that was frankensteined together with spare parts, Alexey Pajitnov started a side project that has become the second-best-selling video game of all time: Tetris,” writes Vanessa Romo in their recent NPR article entitled “Happy Birthday, Tetris. 35 Years Later You're As Addictive And Tetromino-y As Ever.”

“At the time, Pajitnov was a young developer and programmer whose other interests included a popular puzzle game consisting of twelve shapes that were made up of five square pieces. The object was to create pictures and images using the pentominoes, he explained. His fascination with it was obvious but inspiration for Pajitnov's own game came when he'd finished playing one day and returned the pieces to their box,” Romo explains.

"When you try to put [them] back in the box you're in trouble because it's really hard to do that.’ And thus, the idea for Tetris was born,” the article continues.

According to Romo’s piece, “It is simple and yet has proved to be indomitably addictive. Seven brightly colored four-block pieces, tetrominoes, fall from the top of screen. Slowly at first and then faster and faster, as the player rotates the pieces so they create complete lines. When they do, the line vanishes. When they don't, the blocks begin to stack on top of one another until they fill the screen and the game is over.”

“As soon as Pajitnov had finished the prototype, he knew he had a commercial hit on his hands,” shares Romo.

"I couldn't stop playing it,’ he said, confessing that at work he'd pretend to be busy but really he was in a Tetris trance. ‘Magic is in it,’ he said proudly,” according to Romo.

Now, we want to know:

How addicting is your property? Do your customers want to keep coming back?

Do you want your property to be as addictive as Tetris 35 years later?

Keep reading; we’re going to show you what you need.

We’re confident there is no argument about this:

That’s a quality we’re sure you want for your property.

You want your property to be so addictive that your customers become addicted and keep coming back over and over again – even 35 years later.

But how do you get to the level of this “tetromino-y as ever” game?

We doubt Alexey Pajitnov is available to assist.

The good news is, you don’t need Alexey.

You need a proven methodology for property operations that keeps customers coming back.

Have you heard of it?

Make your way to our comprehensive resource on Proactive Operations here.

It’s addictive, which means it will help your property operation be addictive.

And hopefully, your property becomes addicting for as many customers as possible!

Have you employed it?

We want to know how we can help, how many pillars you have in place, and any challenges and successes you’d like to share with other proactive leaders.

Happy 35th birthday, Tetris. You are so addictive that property operations should want to be like you. And we believe you can. Yes, you, the proactive leader reading this article.

Employ Proactive Operations starting today. It will give you the edge to create a property operation that’s addictive like Tetris 35 years later.

Are you ready to evolve your property into one that your customers can’t stop coming to year after year?