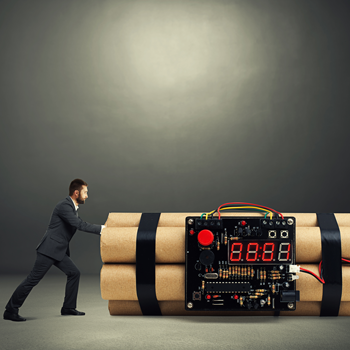 After making a four-hour trek from Bournemouth to Manchester, you would normally be tired.

Your adrenaline is pumping as you approach Old Trafford for the Premier League matchup of Bournemouth and Manchester United.

You are a longtime football [soccer] fan, so Sunday’s don’t get any better than this.

“Grab your jersey and don’t forget the tickets,” you exclaim to your friend, Tim. He grunts. He realizes that he almost forget them, and then takes the two steps back to the car.

Tim is an old friend, and a Manchester United fan, but because he lost a friendly bet between the two of you, he is rooting for Bournemouth today. It makes today’s match that much more exciting for you, especially with a Bournemouth win.

“Here’s your ticket,” Tim says as you make your way to the entryway of the 75,000-seat stadium. Following a three minute wait, you are in the stadium! Excited, you and Tim head to the concessions to grab a beverage.

The stadium is filling up quickly.

You make it back to your seats and begin chanting with the rest of the crowd. You feel the excitement running through your body. The look on Tim’s face is priceless. He is smiling ear to ear even while wearing an opposing team’s jersey.

Today’s trip to the game was not cheap. So far, it has been worth every penny.

However, the excitement dispels quickly.

A bomb threat has been reported. In a matter of minutes, your fun-filled Sunday is over. Old Trafford officials have called for an evacuation of the stadium. The match is canceled until further notice.

What if you found out that the entire incident was an operational mistake? How would you feel then?

This entire scenario could have (and should have) been avoided using Proactive Operations.

Sunday’s match between Manchester United and Bournemouth was canceled due to a fake bomb found in a stadium toilet. At the time it was reported and turned into a stadium evacuation, it was unknown that it was a replica explosive used during a training exercise.

According to BBC, “Greater Manchester Mayor and Police and Crime Commissioner Tony Lloyd called for a full inquiry into the ‘fiasco.' He also told BBC Sport that United ‘need to apologise very, very seriously’ to supporters of both clubs who were at Old Trafford. Lloyd called the situation ‘unacceptable’ and demanded an inquiry to discover ‘how this happened, why it happened and who will be held accountable.'”

The bomb replica required a local bomb disposal to carry out a forced explosion. This emergency measure led to the cancellation of the game, which was later scheduled for Tuesday.

However, at the conclusion of the training exercise, there is no record showing anyone was assigned accountability to remove the replica bomb from the stadium by SSMS’s managing director, Chris Reid.

From our perspective, removal of all devices used in this exercise should have been assigned to someone and as such someone would be responsible and accountable to remove the devices. The lack of accountability is evident and shameful. There was no way to tell who was accountable for the removing the device other than the organization itself.

Forgetting to remove this training apparatus, according to Tony Lloyd:

However, we know this could have been avoided entirely. The ability to assign, track, and remind training personnel to remove the device was not present but could have been.

Task management software prevents standard operational tasks from turning into ‘fiascos’ like this. Keep reading; we are going to show you how.

How Task Management Software Ensures Nothing Gets Missed

Whether your operational tasks consist of opening parking gates or retrieving replica bombs following training exercises, we are sure you have plenty of tasks.

Executing all of those tasks is critical, as the Old Trafford example clearly illustrates. This is more critical than ever when it can affect the lives of hundreds or thousands of paying visitors.

This scenario is bad for business if something slips through the cracks.

Your team has to be accountable, focused, and on top of their game at all times. Task management software ensures accountability and that nothing gets missed. You do not want an ‘Old Trafford bomb fiasco’ occurring in your operation.

A piece of Proactive Operations is effectively executing even the simplest tasks – as even a simple task uncompleted may have profound consequences.

Let us show you all the ways task management software prevents required operational tasks from being forgotten.

Here are the four important aspects of a task management solution.

These solutions are a smart addition to your operation. They are simple to use and to employ.

However, we rarely see operations use them. Why?

Track and communicate operational functions separately from incidents and customer requests. Separating these functions allows you to have a strict focus on each.

High priority incidents do not slip through the cracks, your customers receive the first-class service they deserve, and essential operational needs receive proper attention, such as removing training devices at the conclusion of required exercises.

Create tasks for daily property operations or specific events, such as training exercises, occurring on your property.

Create and schedule tasks and know they are getting completed. You will not need to rely on paper checklists anymore.

Whether it is your daily operation or a scheduled event, have control of what needs to get accomplished.

Executing tasks based on specific criteria

Create tasks based on:

(Want to see specific examples of each of these? Check out our recent article on the four benefits of task management software for proactive operations here.)

Send task reminders to staff via text, email and proprietary mobile apps. This communication ability depends on the flexibility of your task management solution. Not all solutions are created equal, and not every solution offers mobile technology.

Reminders are valuable because they help to ensure nothing ever gets missed. Reminders also provide your team with a record of their tasks. You cannot afford to miss anything.

Do you see the value here? Old Trafford’s bomb fiasco would have been prevented if SSMS had Proactive Operations in place.

Proactive Operations cover all bases, which prevents big mistakes from occurring and affecting their bottom line. Implement a task management solution to build efficiency and guarantee accountability throughout your operation.

Today, you must look at the cost of not taking action to manage critical tasks efficiently. No one can afford a mishap like Old Trafford – trust us.

Could you handle your operation being the next headline for an operational fiasco?

These Stories on Task Management