Stop Writing Things Down: Why Pen & Paper is Bad for Business

Put your pen down.

You know what you’re doing is terrible for your operation.

But you’ve been doing it so long it’s hard to stop.

Not just to write notes and doodle either.

You’re using pen and paper to record everything vital to your operation – especially incident reports.

The recording device that you’re using to capture important incident details is pen and paper.

Please, put your pen down, step away from the incident report on your desk, and read this article in its entirety.

Because we know you’ll tell us you’ll stop writing.

But we don’t believe you.

Because while many operations have moved on, you’re still holding on… to that pen.

It’s why we need you to know why it’s terrible for your business.

That pen is crippling your personnel, affecting liability protection, and destroying your operational performance.

This practice of handwriting information is miles from Proactive Operations.

But, here’s the good news.

You can change it.

Yes, it takes effort to move away from using pen & paper.

Once you make the switch – your performance will skyrocket, and your stress level will drop.

PEN & PAPER ARE ONLY THE START OF YOUR PROBLEMS

Why do you still use pen and paper?

Is it because you don’t see the side effects?

Or, do you believe written incident reports are not that bad?

Is it because you’ve been writing critical documentation for so long that your muscle memory is to reference paperwork?

We understand that it’s hard to stop doing something you’ve been doing forever.

But we’re hoping we can get you to change your perspective today.

Because here’s the thing: it’s only the start of your problems.

What you might not realize is that using written documentation leads to more significant issues throughout your operation.

Problems are slipping through the cracks, and you’re just used to it.

You don’t know your operation any other way.

Pen & paper is only the start of your inefficiencies.

Everything else that’s crumbling your operation is the painful result of using it.

Think about this for a moment.

Who benefits when you use pen & paper to document critical operational information?

Can you think of anyone else?

What about Security, Housekeeping, Parking Operations, Engineering, and Administration?

That’s a lot of personnel that needs to be aligned for Proactive Operations to be in effect.

How does everyone else know about the parking lot fight or the ‘slip and fall’ if all that critical information is written on an incident report – in front of you?

Here’s the result of using pen and paper:

Do you see the ripple effect?

A plethora of problems ensue when you use pen and paper.

What happens when you eventually notify all personnel?

All of this is the result of starting your necessary documentation with pen and paper.

Your operation must stop writing now.

Let’s move beyond recording and reporting to unifying and managing.

We know you’re going to eliminate pen & paper from your operation in 2021.

But we didn’t want to go on a rant about how horrible this method is for your operation without offering a solution either.

Ready for the most significant change in your operation?

Let’s put the past in the past.

Move to operations management software that’ll help you eliminate pen and paper from your property’s operation for good.

We want to warn you, though.

You’re not just going from ‘paper’ to ‘paperless.’

You’re making a complete transition that excels your operation.

By transferring to a platform, you’re removing the paper from the equation but also streamlining your entire operation.

Removing pen & paper becomes only one of the benefits of moving to a unified solution.

It’s like our example of Pandora’s Box above. But now, you’re on the other end of the spectrum – the positive end.

You get lots of benefits.

A platform solution encompasses all departmental elements, which expands the value of it.

Let’s say there’s a fight on your property.

A witness sends a text message to your text communication solution reporting the incident.

Your dispatcher sends the incident from this module to your incident management system immediately.

From the dispatch queue, your dispatcher transmits the incident to need-to-know personnel:

Each staff member receives their details in their dispatch queue, on their computer screen in the operations center.

Even mobile response teams will get the details on their incident management mobile apps.

All of this is happening in minutes.

Not to mention, you’ll have the documentation ready and legible when one of the suspects tries to file suit against your property three years from now.

This practice is good for business.

It’s Proactive Operations, and it’s what will help you take your operation to the next level in 2021.

Because you might even use a solution already, but there’s a chance that your staff is still using written documentation to do their job. Be on the lookout!

Counter these bad habits going into 2021. Stop the writing now and utilize your operations management software to go paperless for good.

Editor's note: This post was originally published in December 2016 and has been updated for comprehensiveness and freshness. 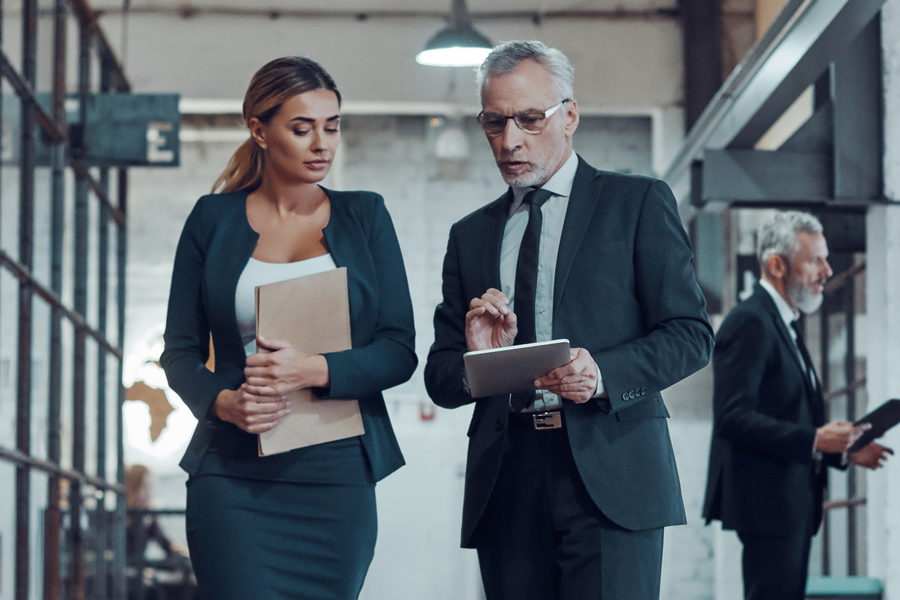 Gain insight into why investing in operations management software is the most effective way to minimize liability for your property.

These Stories on Risk Management