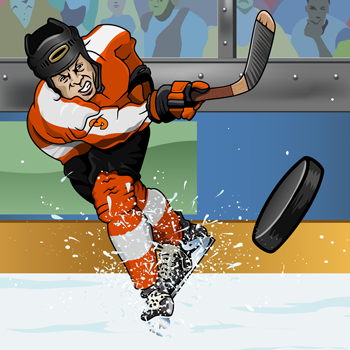 How to Embrace Challenge & Succeed Like Flyers’ Ed Snider

Flyers’ founder, Ed Snider, passed away this Monday, April 11th. He was 83.

The internet erupted from the passing of this visionary. We are sure you have seen the articles and memorials talking about his life.

This article is not one of those.

Today, we want to highlight key aspects of this visionary’s life.

The reason? Snider left behind a legacy that proves tenacity can take you to new heights.

Whether in work or life, we found three specific traits of Ed Snider that you can use to drive yourself as a leader.

You can even use this to advance your proactive operation.

Are you ready to embrace your challenges and achieve success? Let’s get to it then.

What You Need to Know About Ed

We said this would not be a “memorial” per se. However, if you do not know much about Snider, let us preface these takeaways with some history.

Edward Malcolm Snider, known across the world as Ed Snider, was the chairman of Comcast Spectator. Comcast Spectator currently is a large sports and entertainment organization that owns the Philadelphia Flyers of the National Hockey League (NHL), along with other significant properties and companies.

Our focus today is on his commitment to the Flyers.

In 1966, the NHL awarded Philadelphia a conditional franchise, which became the Philadelphia Flyers in 1967. Snider took over as chairman of the board in 1971.

He was new to the NHL, and so was his team. Faced with a huge challenge to overcome, Ed proved his organization could succeed.

The Flyers became the first NHL expansion team to win the Stanley Cup in 1974. They did not stop there, though!

In 1975, yes, the very next year, they repeated as champions. Not too bad for the new guy, right?

Snider brought hockey to Philly, and there it has thrived.

He overcame challenges and showed that he was here to stay.

He made his mark in history. However, he did not stop there.

3 Lessons From the Soul & Spirit of the Flyers

According to Sam Carchidi’s article on Snider, NHL commissioner Gary Bettman called Snider "the soul and spirit of the Flyers, who have reflected his competitiveness, his passion for hockey, and his love for the fans from the moment he brought NHL hockey to Philadelphia in 1967."

It was a perfect summation of what made Ed who he was.

Yes, his accomplishments were plentiful, and he was a respected public figure that took an organization from bottom to top.

For you, though, we wanted to provide actionable takeaways you can start reflecting on today.

After some thought, we believe we have three simple lessons you can immediately learn, reflect upon, and perfect.

Collectively, these lessons will drive results and make you a professional leader. Your team will respect and follow you, and your guests will keep showing up for more.

“He was a true entrepreneur who could look at any business situation with a different take than anyone else. Ed saw where a business could be successful where others didn’t.” - Peter Luukko, Ed's former partner, and COO of Comcast Spectacor

Do you have the will to win?

We get it; you do not have to win the Stanley Cup back to back. You might not even be in the sports industry.

You only need the will to win in your realm. Persistence is key.

Take it from Ed, always be learning, listening, and understanding what it takes to make yourself, your team, and operation better.

When you have the will to win, you do what it takes. You drive yourself and your team to be better and faster. You make tough decisions and accept your mistakes, but you also learn from there.

You limit your fear of taking risks by making smart decisions. Professional leaders, like our clients, use analytics to dive deeper in their operation.

They use analytics to understand their operational strengths and weakness. Then, they optimize their process so that their chances of winning increase significantly.

Winning should be easier than ever now, and if you are not willing to win…well, you are missing out. You have an advantage that Snider didn’t have when he started the Flyers – technology.

Have the will to win, analyze your operation, and use technology to maximize your chances of winning.

“He could take a business situation and play to its strengths instead of worry about potential downsides… He always surrounded himself with advisors who had an individual business specialty. One of his favorite sayings was, ‘Hire good people and let them do their jobs.’” - Peter Luukko

Snider had a passion for hockey, but also for his business.

He knew that to be successful in business, you need the right ‘specialties in place.’ He hired employees with unique skills that had a purpose in his organization.

You have that ability too. You can employ Proactive Operations.

You want to run a world-class operation, right? Do you love what you do?

If so, you certainly want to employ proactive operations at your property because it encompasses everything that you need to succeed.

You can read more about it here.

When you use your passion to succeed in the right manner, you can achieve anything – especially peace of mind.

"That was the second most-electrifying game in the history of this building. The first, of course, was the 1-0 win over Boston (to win the 1974 Stanley Cup). That game showed what international competition can be at its best. I think the fans got more than their money's worth. In fact, they still talk about it." - Snider reflecting on the 1976 victory over the mighty Soviet Red Army

We have been in our business for long enough to know the importance of guest experience and satisfaction.

In fact, it is the ultimate goal for any proactive leader.

Snider loved the Flyers fans. He treated everyone as part of his extended family, something that also extended to ice and seats.

You can do the same.

It does not have to be rocket science either. Here are five simple ways you can employ first-class guest services, now.

Put your GUEST services into action. Show your “fans” that you believe they deserve way more than their money’s worth when coming to your property.

As we remember Ed, we embrace many lessons from the visionary. However, if there are three actionable takeaways from his life that we could provide to you – it would be the three in this article.

Let us know, how will you remember Ed Snider?

You Need a Unified Solution (Not Individual Tools)