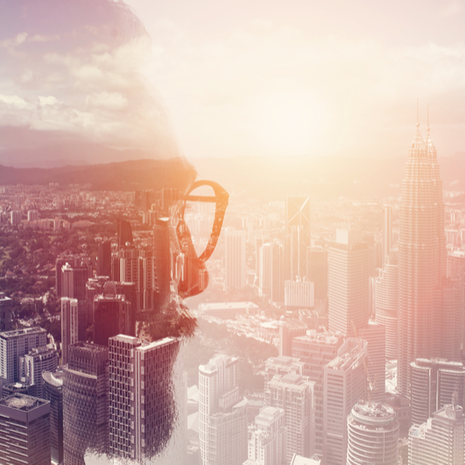 Are You Betting Big on the Future of Proactive Operations?

“It may feel as though the electric car has been crowned the future of transportation,” writes Susan Phillips in their recent NPR article entitled “Japan Is Betting Big On The Future Of Hydrogen Cars.”

According to Phillips, “Auto companies have plans to make more electric car models, and sales — still only a tiny fraction of the overall market — are expected to get a boost as more countries pass regulations to reduce carbon emissions. But Japan isn't sure that the battery-powered electric car is the only future, and it's betting big on something it says makes more sense in big cities: hydrogen fuel cell vehicles.”

The NPR piece continues that “A hydrogen fuel cell doesn't burn anything. It uses a chemical reaction between the hydrogen and the oxygen from the air to produce electricity. Hydrogen fuel cell cars are quiet, like battery electric ones, and they emit only water.”

“Only about 11,000 fuel cell vehicles are on the road worldwide. Nearly half of them are in California, which has stringent vehicle emission regulations and tax credits that incentivize electric and fuel cell vehicles,” Phillips shares further in the article.

Phillips continues, “In Japan, the Mirai is expensive even with a generous government subsidy that brings it down from the equivalent of about $70,000 to about $50,000. The largest cost is the fuel cell production, but Toyota says that will drop as production ramps up.”

“Japan has embraced the technology and aims to create the first ‘hydrogen society,’ which also includes the use of hydrogen for power generation. The energy ministry has ambitious targets in the lead-up to the 2020 Olympics. The city of Tokyo plans to deploy 100 hydrogen fuel cell buses during the games, and it wants to have 40,000 fuel cell electric vehicles on the road, with a longer-term goal of 200,000 such vehicles in the next six years,” according to the NPR article.

Progression, change, and innovation all excite us.

It’s why we’re so focused on today’s article and getting this insight to you.

What are you betting big on now and for the future?

Are you operating as you should in 2019 – and most important – thinking about 2020 and beyond?

That’s OK if you’re not because you’re in the right place and reading the right article.

Of course, we’re not worried about bringing your attention to hydrogen cars.

But we do need you to pay attention to all the lessons here.

We’re betting big on the future of Proactive Operations. And you should be too.

Let’s work together to create a Proactive Operations society.

Now you’re probably wondering why we want you to bet big on Proactive Operations.

Unlike the practice of being a reactive operation, Proactive Operations provides you a disciplined framework for streamlining processes, resources, personnel, information, and communication.

It’s like the perfect combination of hydrogen and oxygen to produce a high-performing operation.

Then, by continuously examining, improving, and optimizing your operation, you program your team’s ability to manage everything 24/7 365 – proactively.

So, are you ready to bet big on the future of Proactive Operations?

Let us know if you are here.

We know we can help.

But if you’re still not sure or operating at status quo is something you’re still willing to do, or you need to understand this chosen methodology a little bit more – check out this comprehensive resource we created.

It’ll get you on board with Proactive Operations.

We’ll bet big on that one.

We think Proactive Operations makes sense for your operation and a new “society” filled with proactive operations like yours.

So, are you ready to bet big on the future of Proactive Operations?

These Stories on Change Management