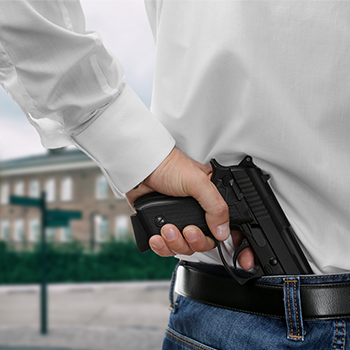 In the latest NPR article by Richard Gonzales entitled “French-Canadian Student Charged With Murdering 6 In Quebec City Mosque” he reports “Canadian authorities say a 27-year-old man was solely responsible for the armed attack on a Quebec City mosque on Sunday.”

“The man, who has been identified as Alexandre Bissonnette, faces 11 charges: six counts of murder and five counts of attempted murder. In a brief appearance in court, he did not enter a plea,” according to the NPR article.

Gonzales’s NPR article also states that “Local authorities initially were looking for two suspects, but another man arrested at the mosque was determined to be just a witness to the shooting, which occurred Sunday evening.”

Our thoughts and prayers are with the families of the victims of this horrific event that no one should have to endure. These victims were at their place of worship, a place whereby they went to find comfort and safety.

From this incident surfaces a warning that must be understood by smaller venues across the globe.

In Gonzales’s article he notes, “Mass shootings are rare in Canada. Adding to the shock and outrage is the fact that Quebec City, a metropolitan area of about 806,000 people, saw just two killings in all of 2015. Nevertheless, Canadian Muslim activists report that the mosque has seen an uptick in threats and vandalism.”

Yes, mass shootings in Canada alone are rare. But, there is a clear warning that caught our attention and must be understood by all small venues.

There is an uptick in threats to smaller venues, which means you are a soft target and are not safe from any type of threat.

It also demonstrates the need for Proactive Operations.

Your property’s size does not matter. You are charged with the safety and care of each and every person that you open your doors to.

Need for Proactive Operations Is Relative

Proactive Operations is not only for a large stadium, an airport, a mall, or any other ‘large’ operation.

This attack displays the very need for strategy, infrastructure, and technology amongst every facility that opens their doors to the public including all small properties – including a mosque, a temple, a church.

Utilizing Proactive Operations can benefit any size operation. It’s imperative that your operation uses it.

Here’s what you need to do starting immediately!

How Small Venues Apply a Strategy

The first step of Proactive Operations is to define your strategy.

Create the strategic framework for your operation using our ACDA Principle™.

Address various areas of your operation. Then, apply the techniques covered in the Principle to strengthen your abilities.

The Principle focuses on your Awareness, Communication, Documentation, and Analysis

Here’s a quick explanation of what we mean by this:

The Awareness of your operation would be your ability to see incidents either before they happen or as they happen. That way, you can work to mitigate the situation immediately. This ability can come from staff or your guests.

Now, we’re not aware of what exactly played out during the Quebec City Mosque incident.

But, it’s possible that the lack of awareness prevented staff or others from preventing or mitigating this conflict efficiently.

Increasing your presence increases your Awareness – even if it’s one more person “on the lookout” for threats.

You can learn more about the Principle by reading this article here.

A Defined Infrastructure Evokes Efficiency (No Matter the Size or Complexity)

We get it; your small property doesn’t have the advantage of personnel resources or physical infrastructure that a large property has.

But, this disadvantage could actually be an advantage.

It allows your team to be agile.

Your centralized command center can be small. Maybe just a dispatcher.

Then, make everyone else mobile to enhance your awareness.

You create a solid Infrastructure by organizing your staff and flow of information. It holds everything together.

This area of the methodology lets you control communication. As you might already know, this ability really matters during an incident.

Technology boosts your strategy and infrastructure.

It increases your efficiency and affords you the ability to keep up with the changing operational landscape – regardless of your size.

We get it; technology costs money.

But, you need to make a case for a unified solution. Your ability to employ Proactive Operation depends on it.

It’s a must-have for smaller venues now too.

Do the math. It never lies.

How much does one incident at your small venue cost you? (Besides the emotional costs.)

Deploy the proper technology to increase awareness, enhance communication, capture accurate and complete documentation, and run the analytics on your operation.

It might save you a lot of money in the long term.

“What is the cost of doing nothing?”

Your ability to identify an incident, mitigate it, and protect your property financially is the reflection of your efficiency.

Unified technology, inclusive of text communication and incident management software that speak with one another, can increase your awareness to help prevent incidents while simultaneously reducing your response time to these incidents.

These solutions give you the extra time needed to save someone’s life, capture a suspect, and get all the facts.

“How important is everyone’s safety?”

Do what it takes to keep your guests safe.

The importance of Proactive Operations for small venues is a need we can’t stress enough.

Improve your chances of preventing or mitigating an attack on your property like the Quebec City Mosque shooting. Do it using strategy, infrastructure, and technology. You need Proactive Operations now.

Consider this our warning.