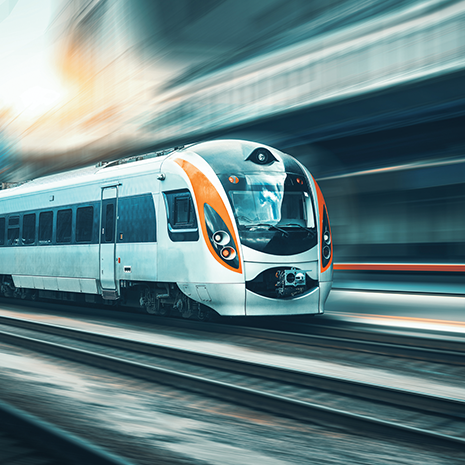 How to Keep Your Transportation Operation From Being Derailed

“National Transportation Safety Board investigators are looking into whether the engineer of the Amtrak train that derailed south of Seattle Monday morning may have been distracted by a second Amtrak employee in the cab of the locomotive,” writes David Schaper in his recent NPR article entitled “Derailment Probe Looks At Speed, As Critics Cite Amtrak's 'Lax Safety Culture.”

According to Schaper, “Investigators also are trying to determine why no brakes were activated by the engineer. The emergency brake activated automatically only as part of the train began to go off the rails.”

Schaper continues in his article that “answering those questions may help investigators determine the most important question of all: Why the Amtrak train was speeding along at 80 mph where it derailed — a curve and overpass over Interstate 5 near DuPont, Wash., with a speed limit of just 30 mph.”

What a stressful situation for this crew to handle.

Can you feel the anxiety? We can.

But, that’s not it. There were casualties.

“Three people were killed in the derailment, and dozens more were injured,” writes Schaper.

Our thoughts and prayers are with the families of the victims involved in this tragic accident.

According to the NPR article, “Crews are removing the tangled mess of Amtrak cars, some of which were left dangling over I-5 from the overpass bridge. Cranes are lifting the rail cars onto flatbed trailers, which are then moving them to a secure location on a nearby military base, where National Transportation Safety Board investigators can inspect the rail cars more closely.”

“Regardless of the final determination of the cause of the Cascades derailment, some critics say it could be another sign of what the NTSB has called a "lax safety culture" at Amtrak. Just last month, in announcing the probable cause of an Amtrak crash in 2016 that killed two track workers, NTSB chairman Robert Sumwalt blasted the railroad, ‘Amtrak's safety culture is failing, and is primed to fail again," Schaper’s continues.

One thing is clear: a “lax safety culture” is a stigma we want to help you avoid.

We get it; that might be easier said than done.

You might even be wondering how to get your team to where they need to be.

We’re going to help your operation – from being derailed.

A Lax Safety Culture? Not Your Transportation Operation.

You might expect us to jump right into the need for software.

It’s critical for all operations to have, but you can’t start with technology.

“Amtrak now has positive train control activated on only about a quarter of its nationwide passenger rail system, mostly in the Northeast corridor. Safety experts say a handful of other fatal train wrecks in recent years possibly could have been prevented by the technology,” the NPR article states.

As you already know, that’s not what we’re focused on right now because we see a severe deficiency that needs improvement.

We need to get down to the basics of your transportation operation.

We don’t either, which is why you need to establish and use a framework to get your organization and staff to a level that keeps everyone safe.

You want a culture your passengers praise.

The recent derailment in Seattle is a perfect example of how vital Proactive Operations is to your passengers and the health of your operation.

We don’t know the results of the investigation yet, but a strong assumption would be that a process wasn’t followed or essential details were overlooked.

This result is not one of a proactive operation.

You can see that Technology should only come into the picture once you’ve laid a solid ‘track’ for your operation.

You must also have well-trained and accountable staff in place and ready to perform proactively.

Now, our goal is not to get into the nitty-gritty of Proactive Operations today. But, we do encourage you to study up on it and employ it in your operation.

So, please read more about it here. Then, let us know how we can help!

You know this; keeping your passengers safe should be your number one purpose each day. It must be why you do your job better than anyone else.

Prevent your transportation operation from being derailed by employing Proactive Operations. Ensure your team has a robust framework for long-term safety (and success)!

So, what are your thoughts on getting back to the basics of your operation?