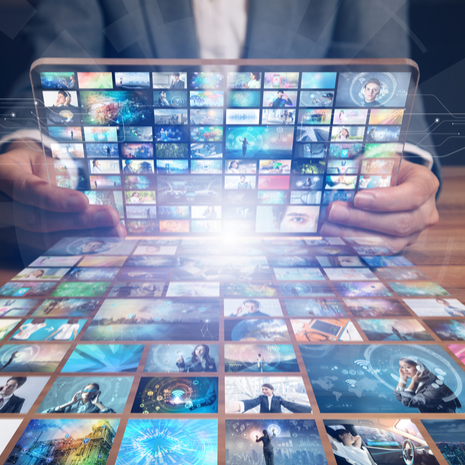 How to Fall Short on Your Customer Target like Netflix

“Netflix says its faulty forecasting caused it to miss its target for new subscribers, falling short by more than a million even as it reported quarterly earnings that beat analysts' expectations,” writes Scott Neuman in their recent NPR article entitled “Netflix Falls Short On Subscriber Target, Spooks Investors.”

Neuman explained, “The streaming service that has ventured in recent years into original productions, such as The Crown, House of Cards and Stranger Things, reported a profit of $384.3 million, or 85 cents a share, up from 15 cents a share the previous year. Revenue was up 6 percent to $3.9 billion.”

“However, investors appeared spooked by the missed subscriber forecast, causing shares to fall by 14 percent to $345.63 in extended trading Monday,” the NPR article continues.

Neuman’s states that according to The Associated Press, "The company gained 5.1 million subscribers worldwide during the quarter, more than 1 million below the number that management had believed it could. It marked the first time in a more than a year that Netflix hadn't exceeded its subscriber growth projections. As of June 30, Netflix had 130 million subscribers, including 57.4 million in the U.S."

This article hit home for us even though Netflix is a different business in a different industry than you altogether.

All organizations are working hard to drive growth, and while an innovative company like Netflix is doing everything possible to ensure growth – they too can hit low months.

Do we chalk it up to poor management, processes, say it’s an anomaly, or they’ve just had a bad month?

Next month should be better, right? That got us thinking.

We say it depends on your approach.

From our perspective, it’s ok that you have a down month.

It happens, but when it becomes a trend, that’s when you need to address it as a chronic issue.

And, Neuman’s Netflix article really struck a chord regarding this.

Option 1: If you want to fall short on your property’s customer target – you do nothing.

Option 2: You put in a framework that ensures you’re able to recover from a shortfall month.

You might even avoid down months entirely by continuously scrutinizing your operation.

Netflix appears to be doing the latter, which we recommend.

This shortfall was their “near-term gut punch” according to the NPR piece. (What’s yours?)

So, if you want to fall short on your customer target, do nothing (a.k.a. the same thing you’ve been doing the whole time you’ve been running a reactive operation.)

But, if you’re ready to hit and even exceed your targets, keep reading.

We’re sure you’ve realized this by now.

It’s a lot easier to fall short on your property’s targets by doing the never-ending cycle of nothing.

But, the drive to hit goals is what separates the world’s greatest operations from the mediocre ones.

Which one are you?

Today, the most crucial aspect to understand is it’s a methodology you and your team can use to build an operation that is successful – that’s proactive!

Create a well-oiled machine that helps to ensure you hit those targets and keep your customers coming back.

Use this article as your figurative “gut punch” and let’s get excited to make things happen for your operation.

Can you see the smiles on your customers’ faces – and your boss’s?

We’ve identified a powerful lesson from Netflix’s recent customer target shortfall. If you want to fall short, you do nothing.

But, if you wish to bounce back or avoid falling short altogether, you can take today’s article as your “gut punch.”

Employ Proactive Operations to create, improve, and optimize an operation that hits essential targets every month.

Previous Story
← An Important Lesson from Starbucks on Positive Change
Next Story
Pizza Physics: Why a Methodology Creates the Best Results for Operations →

How to Use Kaizen to Achieve Proactive Operations

How to Prepare for Incidents That Are a Case of ‘When, Not If'