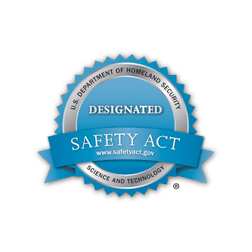 Coral Springs, FL, September 5, 2017 – ISS 24/7, a DHS SAFETY ACT Designated Technology, announced Tuesday that they are pleased to share that fourteen of their proactive customers are currently either Designated or Certified by the Department of Homeland Security’s SAFETY Act of 2002, over 10x greater than its nearest competitor.

“We are honored to be chosen as the industry standard solution to help protect the world’s leading properties and be associated with customers who are Designated or Certified by the Department of Homeland Security’s SAFETY Act. ISS 24/7 continues to be focused on providing a proactive solutions platform for its customers with safety and control of operations as its foremost aim.” – Gerald Hwasta, Chairman & CEO, ISS 24/7

ISS 24/7 has been approved as a Qualified Anti-Terrorism Technology (QATT) provider under a formal SAFETY Act (“the Act”) Designation by the U.S. Department of Homeland Security (DHS). ISS 24/7’s Command Post is a web-based system designed to enhance situational awareness, safety, and security at sporting and entertainment events. The Technology is a means to digitally record, communicate, monitor, and analyze incidents occurring during events at sports and entertainment venues, such as fights, medical issues, maintenance issues, bomb threats or suspicious activity, or other guest complaints.

In addition to being monitored on personal computers at the venue command center, the software application can be accessed on most hand-held smartphones or tablets with Android or iOS operating systems. The components of the Technology include an Incident Management and Text System. The Technology has several visual cues to increase the users’ situational awareness: time-stamps, color-coding, and blinking alerts.