How the Modern Command Center Is Improving Security at Sporting Events 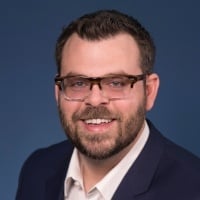 The Oakland Raiders are most commonly associated with deceased owner Al Davis, the man famous for the phrase, "Just win, baby." In this century, winning has been hard to come by for the Raiders, who have posted five or fewer victories in 10 of the past 12 seasons, including a three-year stretch from 2006 to 2008 in which they won 11 games combined.

While the team on the field was anything but elite during that time, it was the team behind the scenes, specifically within its command center, that was developing into the envy of other NFL franchises.

"One of the things that made the Raiders command center the premier command center in the NFL at that time was that we adopted the unified command strategy and procedures that I learned as a federal government employee," says Chad Ladov, former stadium manager for Oakland Coliseum from 2006 to 2008. Prior to his role overseeing Raiders games, he worked at the Department of Homeland Security and the Federal Emergency Management Association. "And it wasn't that it was that much different from other NFL teams, it was more that those other command centers weren't fully utilized," he says. "What would you see typically was a contingent of security people and maybe a mix of medical people."

Click here to view the PDF version of IN Command.